Sit back with a cold one and LOOK. 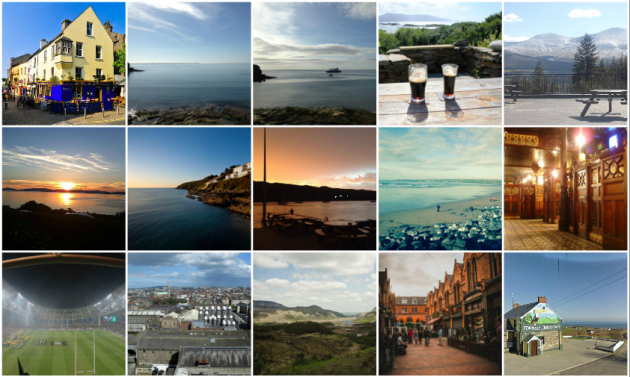 THERE ARE PINTS. And then there are pints that come with some of the most spectacular scenery in western Europe.

These are the second kind. 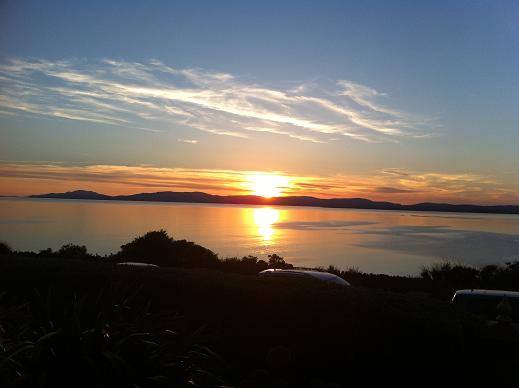 Watch the surfers on Rossnowlagh Bay, or just sit back and regard the wide sweep of the Atlantic.

You *could* sit inside the bar and eat seafood. But of a summer evening, the real action is sitting out at the roadside and watching the light on Roundstone harbour. 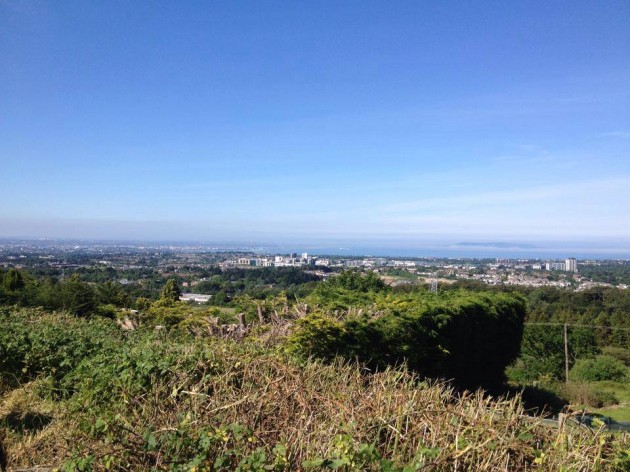 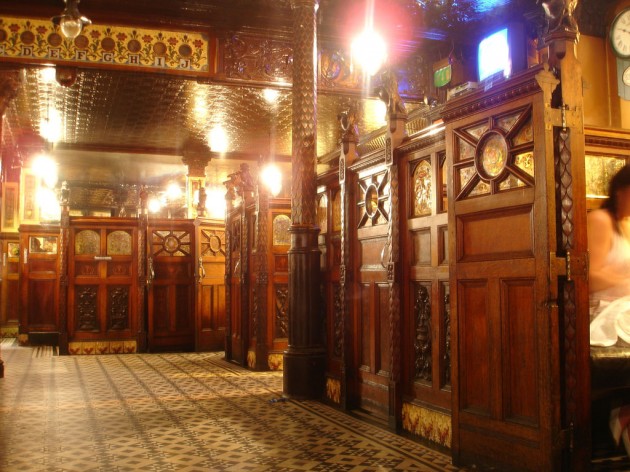 The only indoor view on this list, and for good reason. The Crown has an incredible interior shaped in 1885 by Italian craftsmen – who were working on a church down the road, and were persuaded by the landlord to moonlight by outfitting his pub. Take a seat at the bar and watch the politics around the beautifully-carved snugs. 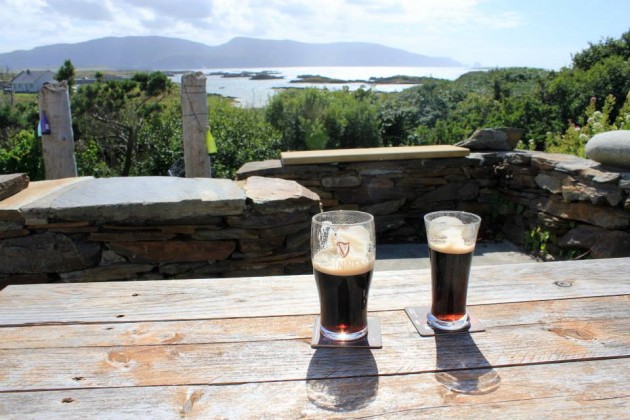 Looking out across the bay toward Glencolumbkille, often with only the birds for company. 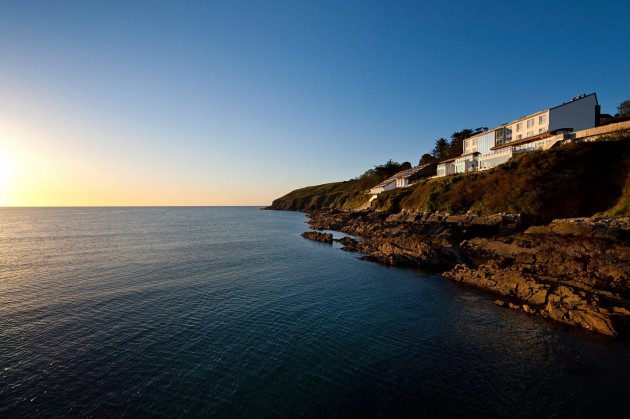 Is it Michelin stars you’re wanting? Because you’ll find them in the restaurant next door. The bar, meanwhile, serves up pints and more low-key food in one of the most spectacular settings in the south-east. 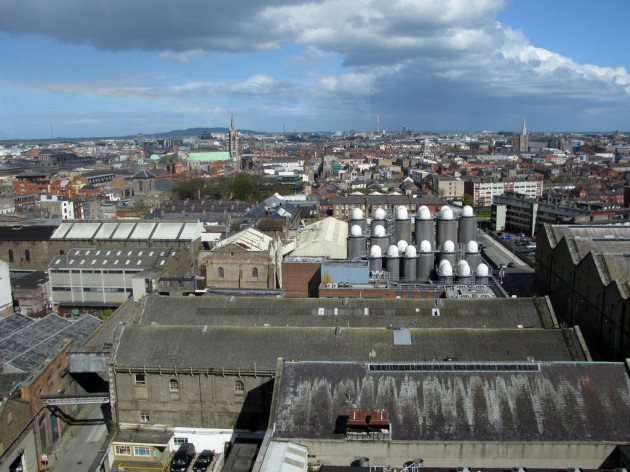 Yes, it’s owned by a giant multinational corporation. But where else can you see Dublin like this? The Gravity Bar is genuinely one of the capital’s most awe-inspiring views. And the pints are honestly pretty good. 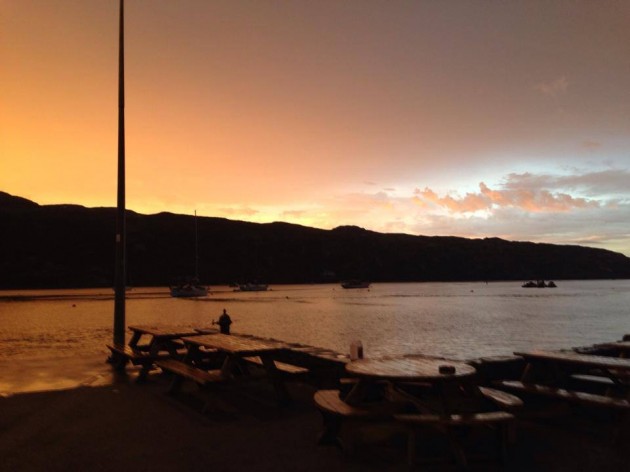 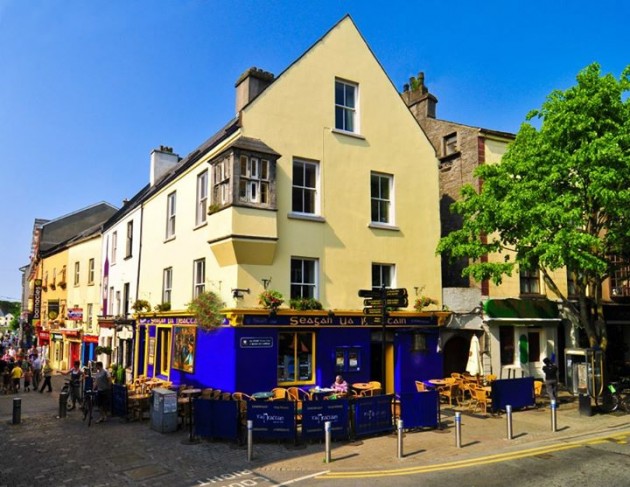 Perhaps the most perfect people-watching spot in Ireland is a table outside this Galway institution. Watch the masses on Quay Street go by, safe in the knowledge that you’ve got a comfy seat and a pint in your hand.* 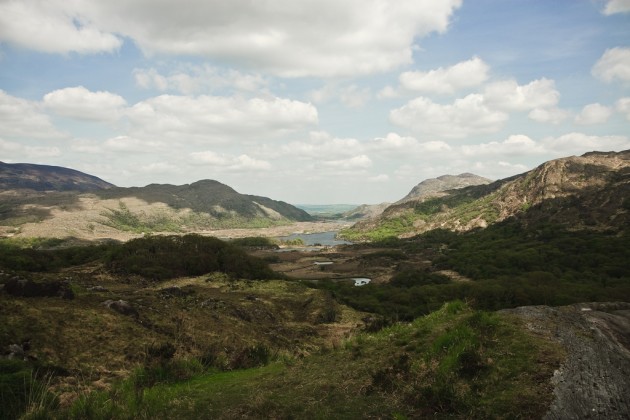 Okay, full disclosure. From outside, this pub doesn’t look like much. But it’s when you get to inside… and you look outside… well, you see where we’re going. The view is in. Cred. I. Ble.

Looking out across Galway Bay with the hills of the Burren in the distance, clutching a cold one and perhaps even eating some seafood. Perfection.

13. High in the stands at the Aviva Stadium for an Ireland game

Pro tip: For soccer, they don’t let you take your pint back to your seat. But they do at the rugby! Make the most of the *spectacular* view. 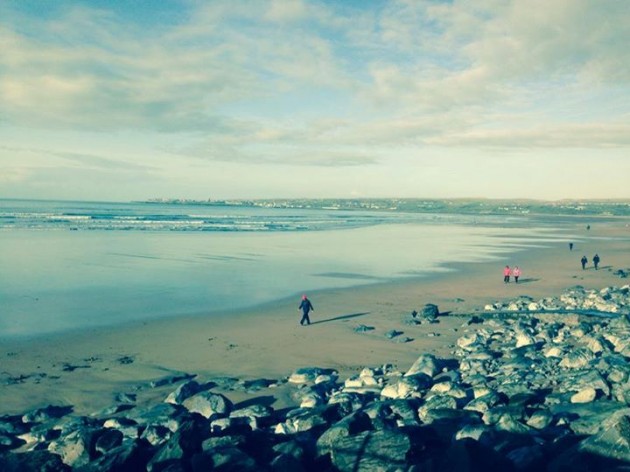 Out on the western edge of Clare, with the bar at your back and the wide Atlantic at your feet. A fine combination. 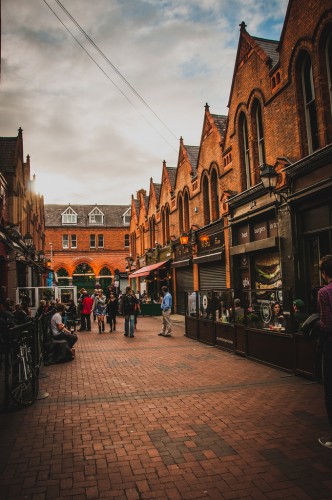 Sit outside on a sunny evening, surrounded by original Victorian architecture, watching the passers-by with a toastie on hand. The capital at its finest. 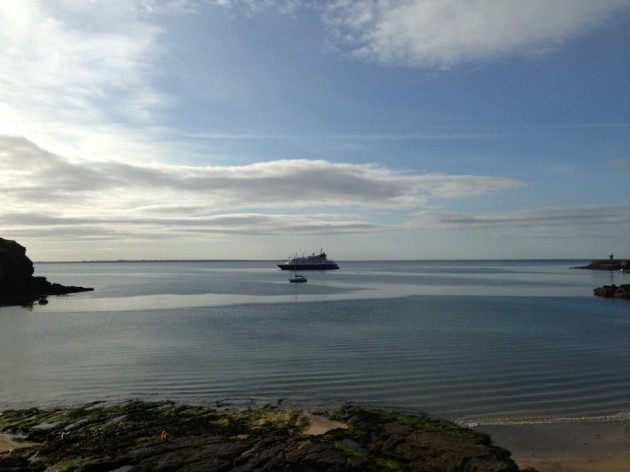 Tables on the terrace, and some of the highest rates of sunshine in the country. Lean back and drink it all in. In both a literal and a metaphorical sense. 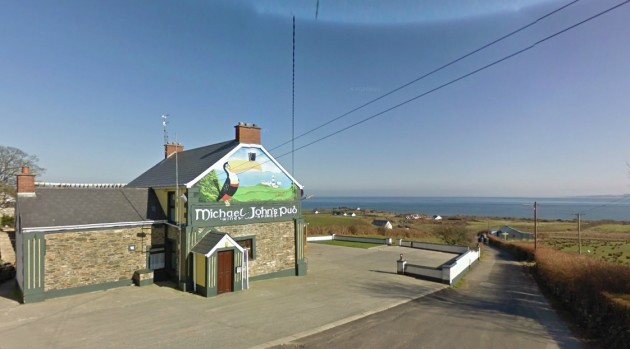 Perched on the very top of Ireland, overlooking Inishowen lighthouse and a short hop from the beach known appealingly as ‘The Big White Bay’. When the sun shines, it’s magical. (And made all the better by the rarity of that event.)

Stride confidently past the done-up-to-the-nines media types on the ground floor, and head up to Sophie’s on the roof of the Dean, with panoramic views over the city centre. A unique spot. (The cocktails are pretty good too.) 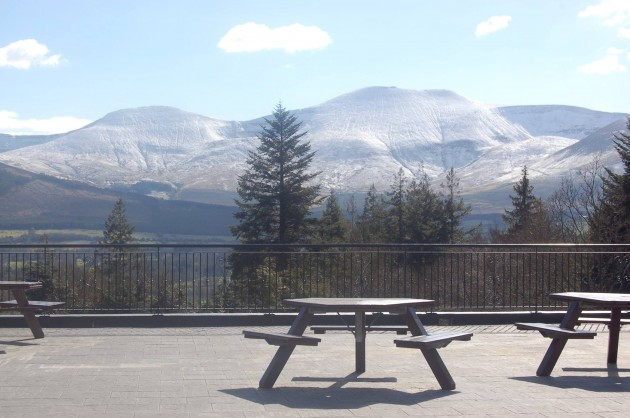 One of Ireland’s most spectacular inland views is laid out before the terrace of this country hotel. Perhaps a little chilly in winter (as above), but on a warm day with a summer cider? Show-stopping.